Tips for buying in the summer

ARTICLE AS FEATURED IN THE PRESTON LEADER (29th November 2016)

Summer is nearly upon us and with it the quietest period on the Melbourne property calendar. This is not something homebuyers who haven’t been able to secure a home this spring will want to hear, according to Wakelin Property Advisory director and buyers’ advocate Paul Nugent. He noted there was a growing number of buyers who have missed out at a few auctions. However, he believes there is still a chance to beat the February rush next year and do so knowing that there won’t be a more suitable home listed for sale next week.

If there’s nothing you like listed at this point, his advice is simple: “go on holiday”. If there is something you like, you probably won’t be alone. “I’m expecting competition to remain fierce right through December, inevitably leaving a deep pool of unfulfilled buyers after December 17,” he advised. After that date, you’re likely to have to deal privately with homesellers — which ideally would mean you pursue a purchase prior to Christmas Day, or in the first weeks of January. “The attraction of this approach is that some vendors are likely to be very motivated to sell,” Mr Nugent said. But there is a catch. “Beware that many of these remaining properties have serious issues,” he warned. “They have flaws — perhaps location, or building type or layout — that has put off every other buyer.” Mr Nugent also advised considering resale in the future to avoid being in the same position as the home’s current owner. That said, the main flaw for some homes will be price. In this regard, the quiet summer period might be the perfect time to pursue a home. He suggested moving quickly, before others had the chance. Mr Nugent concluded that with the autumn market likely to be another good one for homesellers, homebuyers would likely be glad they got in ahead of Australia Day.

Ray White Preston’s Chris Vlahos said the market in Preston and Reservoir was showing no signs of slowing down and expected there would be a good number of people actively looking to buy from mid-January onwards. “Also, homeowners will be using the quiet period between Christmas and New Year to prepare their properties for sale in January,” Mr Vlahos said. Open house inspections were well attended during the holiday period last year, he added. 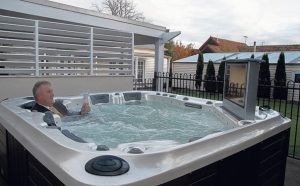 Help us bring some Christmas cheer!

Back to all news
Up to Date